< Back to the Blog Index 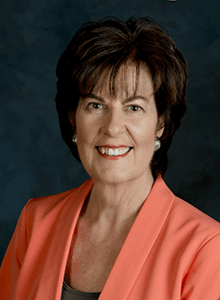 Current position:
Serves on the Board of Directors of the K2Gold Corporation and Integra Resources

Carolyn Loder is a true leader of women in mining and we’re proud to have her as a member of the WIM AZ chapter. Carolyn currently serves on the Board of Directors of the K2Gold Corporation and also Integra Resources and has over 40 years of experience in mineral rights, land management, multiple land use planning, mineral development and Indian Law. Carolyn most recently held the position of Manager of Mineral Rights and Public Lands for Freeport-McMorRan Inc. and has received numerous awards for her leadership, mineral reserve acquisition, and has been acknowledged as one of the “100 Global Inspirational Women in Mining” by Women in Mining United Kingdom.

Carolyn grew up around mining, so a career in mining was a natural and logical fit. Carolyn pursued a career in Geology but faced challenges as the only woman in the program in the 1970’s. Thinking she would never get a job in the field, Carolyn was directed toward geography where she used both her geology and physical geography skills to secure a position with the U.S. Forest Service. After about 10 years with the U.S. Forest Service, Carolyn transitioned into the private sector where she quickly progressed and obtained positions of increasing responsibility in various areas including government relations and permitting and acquisitions. Carolyn overcame numerous barriers and accomplished many “firsts” for women in the mining industry.

Please tell us about you. How did you decide to study Mining? What attracted you to this industry?
I grew up on the east side of the Sierra’s in California. I and one other boy were the only kids in school that weren’t ‘mine kids’. The mine was the Pine Creek Tungsten and Vanadium Mine owned by Union Carbide. Each Christmas the mine employees came to our class and each child got a present. It was always the best present. I was exposed to a very smart group of classmates. I never realized that at the time. Being exposed to mining as a child, it just seemed natural and logical to go into mining.

Could you describe your academic path and professional experience?
My academic path was geology, but it was the 1970’s. I excelled and fortunately, I had professors that cared about the only woman in the program. They felt I would never get a field job, so they directed me toward the Geography Department and I was able to use both geology and physical geography to land a position in the U.S. Forest Service. I worked on fires doing infrared photo interpretation being one of the first women to get a Red Card (the firefighter’s card). I was one of the first women in fire camp. I then got a position doing minerals management and my master’s thesis was “The Neglect of Minerals Management in the US Forest Service”. I received the U.S. Department of Agriculture Award for “Significant Contribution to the Nation’s Energy Program”
for my work on geothermal resources on the Forest.

I was advised that advancing in the Forest Service as a woman would be difficult, if not impossible. Therefore, I accepted a job with a California governmental agency as a regional planner. The Director of the agency was removed for misappropriation of funds and I was appointed Director at age 23, making me the youngest Director and youngest female Director in the United States. I received the Distinguished Leadership Award from the American Planning Association and our agency was named the Best in the State of California. (Something Carolyn is undoubtedly proud of.)

After 10 years of national accomplishments, I was approached by Sonora Mining Corp., who had the largest gold flotation facility in North America, to head up Governmental Relations. I was the only V.P. in the United States for this Canadian company and after nine years I was named President. I was the first female elected President of the California Mining Association and served a four-year term. Coincidentally, I took office on the 100th anniversary of the Association and a picture was taken of me and our Board alongside a photo of the men from 100 years ago in their top hats and tails. I laughed to myself thinking those men from 100 years ago would be turning over in their graves if they knew a woman was President.

How did you end up living in Arizona?
The mine closed and was reclaimed and from there I moved to Arizona and joined the nation’s largest aggregate company, Vulcan Materials, heading up permitting and acquisitions for Arizona and New Mexico. I led the acquisition of the first mining lease on lands of the Santo Domingo Tribe in New Mexico and was instrumental in the landmark land exchange that returned tribal aboriginal lands to two tribes in New Mexico. I received the Santo Domingo Tribal Award for “Outstanding Support and Dedication to the Tribe”. I also served as the first woman on the Executive Board of the Arizona Rock Products Association. A few other women and myself were in senior positions at Vulcan, but we just couldn’t burst that male glass ceiling and after twelve years of no promotions I felt it was time to move on.

I then joined Lafarge, the world’s largest cement producer and headed up the Land & Water Division for Arizona, New Mexico, Colorado and the Mississippi River Region. I received the Person-of-the-Year award from the National Association of Women in Construction and the Doc Weiler/Marvin Watts Award for Professionalism by the New Mexico Mining Association. I also headed up the New Mexico Mining Hall of Fame and was instrumental in bringing forth the first Native American to be inducted into the Hall of Fame.

How do you currently spend your time?
I retired this year and was just appointed to the Board of Directors of K2Gold Corporation, part of the Discovery Group (an exploration company) out of Vancouver, Canada. We recently completed our Phase 1 drilling project by helicopter in Inyo County, California. We are revising our permit for Phase 2 with the Bureau of Land Management. We have initial results that are promising. The property had been previously drilled by BHP and Newmont. It is an exciting time for me to be in exploration which was my original goal in college.

We can see some of the challenges you have experienced working in a male-dominated field, which one do you believe was the hardest and why?
The most perplexing challenge was being evaluated by the company psychologist at Lafarge for an executive position. I was given written tests and was interviewed and upon conclusion the psychologist summarized his findings in a report that said, “she is not fit for an executive position as she thinks like a woman.” I was shocked to learn that thinking like a woman was a problem, I saw it as an asset. I quickly moved up the ranks at Lafarge and loved my job but after that evaluation conclusion, I knew it was time to part ways. There is a conscious and unconscious bias in the industry that culturally will take years to change, but we have come a long way to advancing women in the industry since I first started, particularly women who think differently than men.

What is the most interesting project you have had the opportunity to work on and what was your role in it?
I was responsible for defeating two anti-mining ballot measures in California in the 1990’s. It was an accomplishment that I truly did not think was possible but being with a mid-size corporation I was given the latitude and respect to do whatever I needed to get the job done. This was the actual accomplishment – I was not questioned as to how I was handling the project, I was not questioned about the dollars spent, and I was not questioned as to my approach. The organization had confidence in me and let me do it my way. It was the only two ballot initiatives regarding mining that were ever defeated in California. I look back on it with pride but more out of respect for my superiors who trusted and respected me. The best superiors I have had in my life are the ones who never told me what to do or how to do it but gave me the option of picking my path and approach and I always delivered for them.

Any tips to maintain work/life balance?
I wish I knew – (laughing) – I think the only way I did what I did was not having children. I don’t know how mothers do it. I am so impressed that they can juggle so much responsibility. I’m not that talented.

Tell us a little more about yourself, what do you like to do for fun?
Definitively travel! I had three goals as a child: 1) Go down the Amazon 2) Circle the world 3) Go to Antarctica. I circled the world at age 18 with World Campus Afloat, I went down to the Amazon and I was married in Antarctica at a Russian Research Station on lands claimed by Argentina and not recognized by the U.S. It makes for interesting paperwork since I married a Canadian Mining Engineer from Labrador/Newfoundland. My next goal is to get to Kyzyl, Tyva Republic (the geographic center of Asia and the city with no vowels). I have been to the geographic center of Moscow, the most northly mine in the world, the southern tip of South America, the eastern tip of North America and many other geographic firsts for me.

What advice would you give to someone starting out in the industry today?
Determine where you are most comfortable. Is it a family owned operation, a mid-size company or large corporation? They all bring different experiences, challenges and opportunities. If you need the feeling of belonging, being respected and knowing the day-to-day objectives then I tell women to look at mid-size companies as they may be a better fit. They all have pluses and minuses, but you need to know what you need to be happy and thrive.

What inspired you to join WIM and what do you hope to accomplish through WIM?
I saw the names of members and their titles and was proud to see that women are moving up in the ranks in the industry. I was surprised at how many women are in the industry but are in the shadows. We don’t know about each other and WIM is an incredible resource to share and highlight that information. When I got the international award from WIM-UK, I was shocked by the numbers of accomplished women that got the award and the outpouring of women from other nations that have advanced despite constant attempts by the industry, their family culture, political and other factors that suppress them. It has been an inspiration to be in contact with them and hear their struggles and how they overcame. There are so many women deserving of the award, I am just the tip of the iceberg of accomplished women in the mining industry. All women in mining are trailblazers and deserving of recognition. I hope that I can inspire women to see their true potential and adjust their course as necessary and go forth with no regrets and know that there are women that are there to support them along their career path.